A rocky road ahead to a sustainable future? 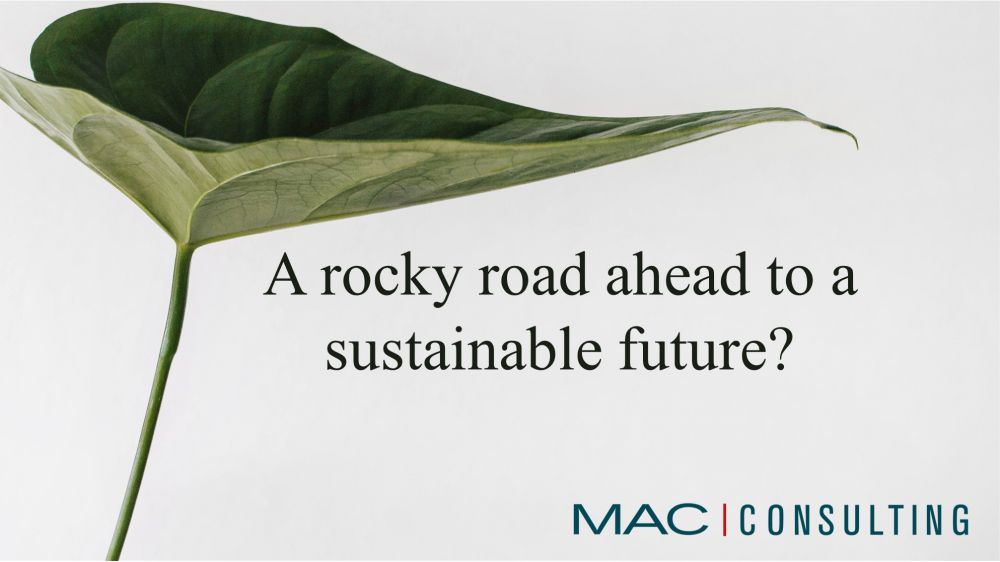 “Apocalyptically orange sky loomed over San Francisco earlier today as smoke from unprecedented wildfires blotted out the Sun”. “August 2020: The warmest summer on record for the Northern Hemisphere”. These US headlines are just part of a story of climate change induced disasters from around the world.

Back in 2012, in an article for MAC, I wrote that the concept of “sustainability” had been hijacked, and turned into hollow marketing jingles. In the South African version of company reporting there were pictures of people planting a few trees and supporting the local school, and in the northern hemisphere version we had polar bears on ever-diminishing ice floes. Apart from sustainability practitioners and some enlightened others, nobody was really too fussed about the thought that our way of life was truly unsustainable.

How things have changed, especially in the last couple of years! At last we have collectively woken up to the fact that the economy is dependent on the larger natural world, on the well-being of the complex and interacting cycles in the oceans, on the land and in the atmosphere. “Sustainability” is now recognised as being an existential issue at the intersection of earth systems, social systems and the economy. It is a delicate balancing act, which we are currently not managing very well.

One of the biggest wake-ups has been on the realities of human-induced climate change. The change has been like the situation captured in the hackneyed quote from Ernest Hemingway. Question: “How did you go bankrupt?” Answer: “Slowly, then suddenly”. After years of accumulating evidence of human-induced climate change, largely ignoring and even denying it, there has been a sudden acceptance that it is real.

We also have to thank the determination of people like environmental activist Greta Thunberg and Christiana Figueres (ex- UN) in driving the sea-change in acceptance.

The European Union (EU) has said “Climate change and environmental degradation are an existential threat to Europe and the world. To overcome these challenges, Europe needs a new growth strategy that will transform the Union into a modern, resource-efficient and competitive economy, where there are no net emissions of greenhouse gases by 2050; economic growth is decoupled from resource use; and no person and no place is left behind”.

There are implications here for South Africa, and we can use steel as an illustration. Currently within the EU, energy-intensive industries such as steel-making pay a carbon price under the EU Emissions Trading System. But this does not apply to steel producers from markets outside the EU who can sell steel with comparable, or often significantly higher, embedded carbon emissions, at a lower price. The result is that steel production has moved to non-EU countries where carbon emissions legislation is often less strict, undermining efforts to combat climate change. To counter this, the EU is proposing a Carbon Border Adjustment (CBA): when steel comes into the EU, the carbon costs that European producers pay would be added to the imported steel, equalising the cost of carbon for every producer to create a fair market and, crucially, encouraging investment in lower-emissions steel production.

The concept of CBA can apply to all of South Africa’s exports, be it steel, fruit, wine, aluminium or cars. And the International Monetary Fund (IMF) has endorsed the EU’s proposal to impose carbon levies on imports if other major polluters do not sign up to a carbon price.

US Democratic presidential candidate, Joe Biden, has said that if he is elected US president in November, he may introduce a US carbon border tax “on carbon-intensive goods from countries that are failing to meet their climate and environmental obligations.”

The global move away from fossil fuels has started, with coal sales stalling or beginning to decline, and the oil majors nervously looking at the inroads of electric vehicles and hoping that natural gas will play a role for the next couple of decades. It was this pressure that in part prompted BP and Shell to announce respective write-downs of $17.5bn and $22bn in June this year, as they warned that the Covid pandemic had accelerated the transition to a world of lower carbon and lower oil prices.

As early as 2015 major oil and gas companies, including BP, Eni, Royal Dutch Shell and Total, called on governments and the UN to introduce carbon pricing systems and create clear, stable, ambitious policy frameworks that would reduce uncertainty and encourage the most cost effective ways of reducing carbon emissions widely. Some of the more cynical commentators observed that this was hoped to reduce the demand for coal, the most carbon-intensive fuel, to the benefit of oil and gas: they were probably not incorrect.

South Africa started taxing carbon emissions in 2019 at a nominal rate of R120/t of carbon dioxide equivalent. However, taking account of various allowances the effective rate that emitters are paying is generally in the range of R40-50/t. It is sobering to note that the average price expected by a range of organisations to meet the objectives of the Paris Agreement is about $100 (R1,700) by 2030 and $300 (R5,100) by 2050. The Paris Agreement aims to reduce emissions so that the global average temperature rise by 2100 over pre-industrial times is well below 2°C: it has been ratified by every nation on Earth. Of course the bad news is that such prices will make many carbon-intensive processes unviable, but the good news is that they will facilitate the development and adoption of new technologies.

(US President Trump has said that the US will leave the Paris Agreement. If he is re-elected and this happens, it will just put off the day when the laws of physics trump those of the US).

Renewable solar and wind electricity is already cheaper than coal in many countries, including South Africa, and decarbonisation of the global electricity sector is in full swing, without the assistance of carbon pricing. Decarbonisation of light transportation is beginning, and the adoption of electric vehicles (EVs) is expected to be another example of “slowly, then suddenly”. This makes sense when the electricity used is renewable and not fossil-sourced, and especially since the energy consumption of an EV is a quarter of that of a comparable diesel or petrol car. More difficult to decarbonise sectors, such as iron & steel, shipping and aviation will be tackled using hydrogen. Initially this will come from carboniferous natural gas, but as carbon prices rise, it will come from electrolysis of water using renewable energy.

The future is truly electric, but the road to get there is going to be rocky. There will be major economic implications, good and bad. And then there is need to use all these changes to help address inequality and poverty: but that is another story.

If we get on top of all these issues, maybe we will be able to look forward to a sustainable future. But it won’t happen on its own. We all need to try to understand the developments ahead and the consequences, and to get our organisations to lead the way with us. 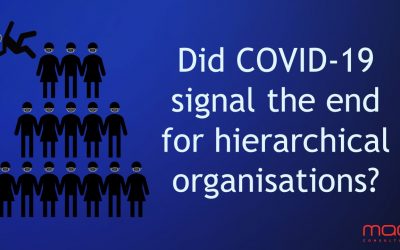 Culture PART 1: Did COVID-19 signal the end for hierarchical organisations?

According to the Organisation for Economic Co-operation and Development, human capital is defined as: “the knowledge,... 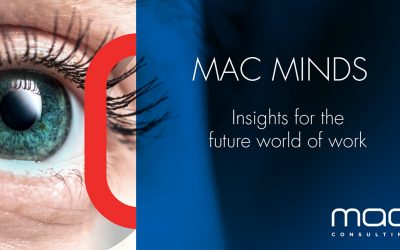 “Exceptionally talented consultant” “An absolute pleasure to work with” “Driven by a desire to see people grow” If you... 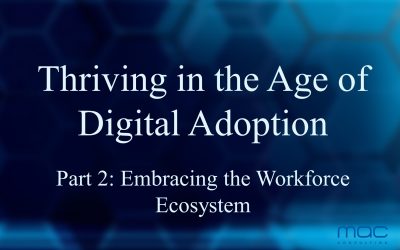 Thriving in the Age of Digital Adoption: Embracing the Workforce Ecosystem (part 2)

In the first part of this series, we looked at how the fears of technological innovation are resulting in an...